Wealth is asking to reach you 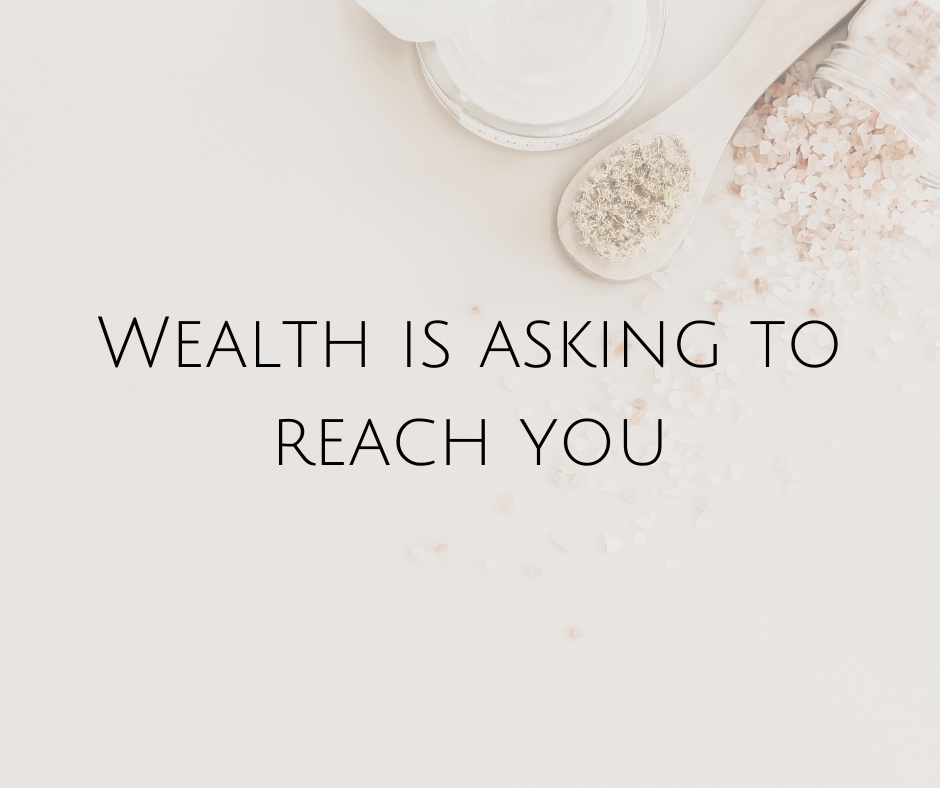 Wealth is trying to reach you. It’s been knocking on your door and tapping on your shoulder for years.

Even when you don’t answer, even when you shrug it off, it keeps trying. It doesn’t get offended, it doesn’t get deterred. Because it knows it’s not really you keeping it outside in the cold.

It understands you’re acting from a conditioned mind that tells you it’s simply not as easy as answering the door. It sees you’re believing limitations imposed on you by those operating from a scarcity mentality. And that’s not so much your fault.

But wealth can only reach you to a certain point before you’re required to take personal responsibility, embrace it and set sail on the joyful voyage of richness that’s rightfully yours.

And so it knocks again, in the form of The Rich Mentality.

And this time it’s brought reinforcements. Because it wants you to know you’re not alone. It wants you to know that along with wealth, comes a tribe of people embracing and embodying The Rich Mentality and cheering you on as you free yourself.

Lifting you up as you create abundance in every area of your life. Abundance of money, of time, of happiness, of ease, of love, of beauty. Your very own prosperity tribe is waiting to walk together with you in Rich vibes.

When you open the door to The Rich Mentality, you close it to competition, scarcity and lack.

There isn’t less for you because someone else already claimed theirs. In fact – BECAUSE those already inside stepped up, there’s actually MORE for you.

When The Rich Mentality is embodied as a collective, it’s like giving it a shot of growth hormones. The more people who choose to step into it completely, the more EVERYONE in the group manifests. One person’s success is truly everyone’s success.

There’s a domino effect of richness happening here, it’s the most beautiful display of collective power that can and will change the world. This isn’t just the answer to your money problems, this is the answer to the world’s problems. If you’re feeling disillusioned, disgruntled and unjust about the state of the world right now, The Rich Mentality is where you need to be.

There comes a point where no words can describe the impact the embodiment of The Rich Mentality would have if embraced on a global scale – it has to be experienced. But imagine this, if one person’s success meant everyone’s success and the entire world thought that way – what could be possible?

It makes me giddy!

I won’t ask if you’re ready again. I know you were born ready, and have been ready for lifetimes.

Willing to try something different. The old way will always be there for you to decide to go back to. But with love, I don’t think that’s really working for you is it.

The first step is your choice…

Payment plans available to suit all, and a 100% money back guarantee.

← Are you ready for wealth from within? Are you creating what you deserve? →