This Is Why You’re Not Experiencing Your Desires 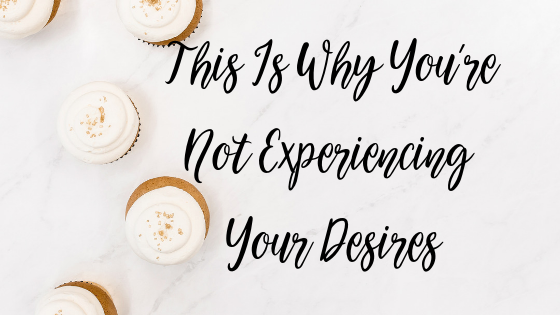 So here’s the thing

Specifically the Universal Law of Abundance, which states we all have a Right and a Responsibility to Abundance

The Universal Law of Co-Creation

It’s impossible to manifest your desires, or fulfil your life purpose if you don’t allow yourself to want what you want

So here’s how it’s been going down this morning…

Instagram person: I really want to do your Money Mindset System… do you think you could keep enrolment open until the end of the month?

Me: Probably not honey, why do you ask?

Instagram person: I don’t want to have to use my credit card, and I don’t get paid until the end of the month

Me: Isn’t that what a credit card is for? To provide abundant streams of energy to support you in having what you want?!

When I first got into debt about five years ago, it was because three of my employees (one of which was actually an ex-boyfriend) stole my client base from me and set up a competing company less than one mile away.

They failed at business. Obviously. But that’s not the point.

Realising chucking money at money wasn’t going to get me anywhere, I started chucking money at myself (not literally, although that would have been epically fun… and now I need to run to a cash point so I can play with this idea ?)

I started invested HARD in me… in my self development, spiritual development, business growth, personal growth… I went ham on the expansion vibes

But the banks kept opening those credit lines for me, and I was still paying back my minimums

As my debt was increasing, so was my income, so I figured, eventually, with a LOT of self belief, it would come full circle and I’d be more on the up than on the down

Over this three year period, I invested in every single money course out there

I hired all the coaches, I wore all the t-shirts, I tried and tested every single tool I could get my hands on

And I invented some new ones

And three years later, I paid off every single penny of that debt, bought a one million pound home, and then guess what…

I HAD MORE DEBT

Honey it’s all the same!!

And even though I paid off all my credit cards, fast forward to today, and I have a credit card with a 30k balance on it

And I could pay it off tomorrow if I wanted to

But I don’t want to

It’s healthy to build that energetic relationship with money, and with your bank

The frequency is the same

So if you’re scared to enter into a little bit of temporary debt in order to invest in yourself in order to acquire more Abundance, then guess what…

YOU WILL ALWAYS BE STUCK

Embrace the credit lines the Universe is opening up for you

Don’t be scared to ask for more

Don’t be scared to ask for support

You DeSERVE to be Abundantly supported

You have a Right and a Responsibility to Abundance

I’m not saying you have to get in to 250k of debt. In fact I don’t recommend it at all. That was borderline insanity. But boy did it pay off!

What I am saying though, is don’t be scared of doing something different in order to allow yourself to want what you want!